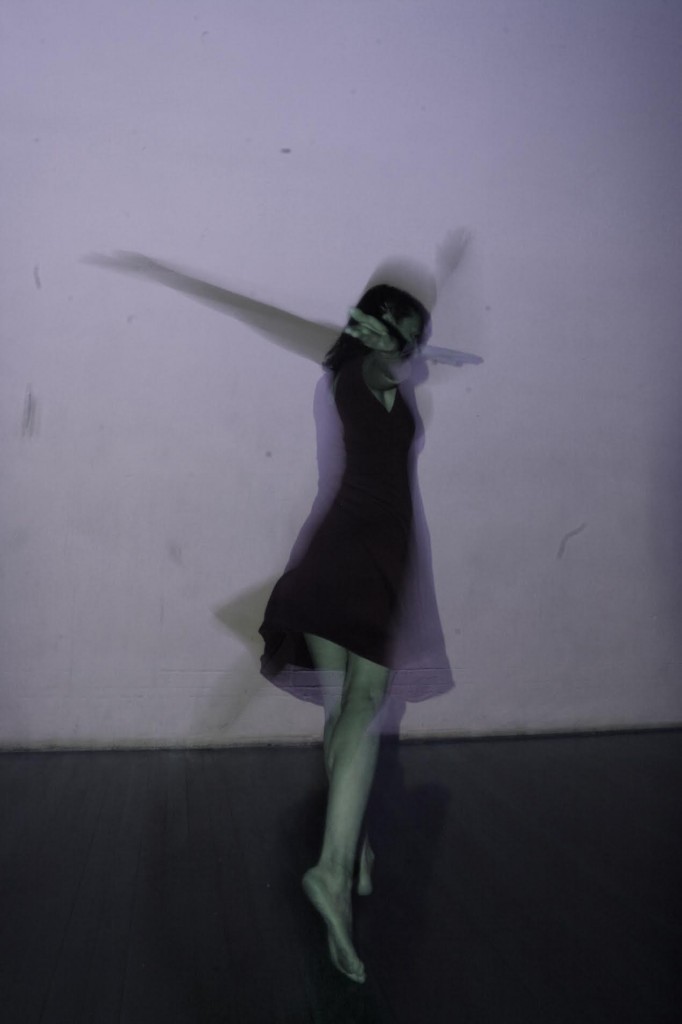 “Towards Disappearance”  by  Lily Kiara

A solo dance performance as part of an evolving new piece: ‘Field of Disappearance’.

A radical dedication to stillness and the embodying of what lives there. This new work started about 8 years ago when I began writing the ﬁrst notes about disappearance, although in some performances I had already included elements of the same areas of interest, such as presence, stillness, intimacy, kinds of visibility.

In 2015 I began tuning into this project speciﬁcally, during a two month residency at Saari Residence in Finland, investigating different ways of and interests in disappearing. During this time I came to focus on one main inspiration that since has been directing the work: The Rothko Chapel in Houston, USA. Fourteen paintings by Mark Rothko in an octagonal space with natural light only and a monolithic sculpture by Barnett Newman outside, together ‘set up a contrasting dynamic of contemplation and action’. It is a space where one can experience ‘its unique tranquility and vibrant presence’.

I continue to work on this project throughout 2016 and 2017, in Amsterdam and in residency at Kokko1721 in Finland. I imagine performing the piece ‘Field of Disappearance’ in 2017.

Lily Kiara is a dance artist and singer/songwriter. She has been making performances since 1989. Essential trainings have been at the School for New Dance Development in Amsterdam, including a semester at Bennington College, USA, Skinner Releasing Technique in Seattle and London, Suprapto Suryodarmo in Indonesia, Julyen Hamilton and martial arts.  Currently she is working on her new solo project ‘Field of Disappearance’. Stillness and poetry are at the heart of her work. Her performance SAYA IKAN / I AM A FISH, a performance with dance, spoken text and with live music by Michael Moore (clarinet), was nominated for ‘Best touring dance performance 2012-2013’ in Austin, Texas, USA. Other selected works from recent years are Moving South (solo), Talk To Me (with Julyen Hamilton), Silent Song (trio), Still(oewaaa) (2+ with Felicity Provan) and a new trio Dinggedicht, with Ab Baars (shakuhachi, clarinet) and Ana Leonor Ladas (dance). She created solo performances with and for other dancers in Finland and Australia. An ongoing project is Singing to use the Waiting, from which new pieces derive.  Her work often develops in collaboration with musicians who play live in performance, such as Michael Moore, Felicity Provan, Michael Vatcher, Ab Baars, Wilbert de Joode and Anne LaBerge. She has been collaborating closely with lighting designer Ellen Knops since 1995.
Lily Kiara formed her own band The RIVER and produces cds on her label for music and poetry Sibyl Sings. Her latest solo album released on Zip Records in 2016.
“…It’s about a drift away from artwork that is aiming for aesthetic form towards direct contact with the audiences, uniqueness, rawness and spontaneity…”  (about Moving South) In: Teatteri 5/06  by Eeva Kauppinen, Finland, Autumn 2006
www.lilykiara.nl