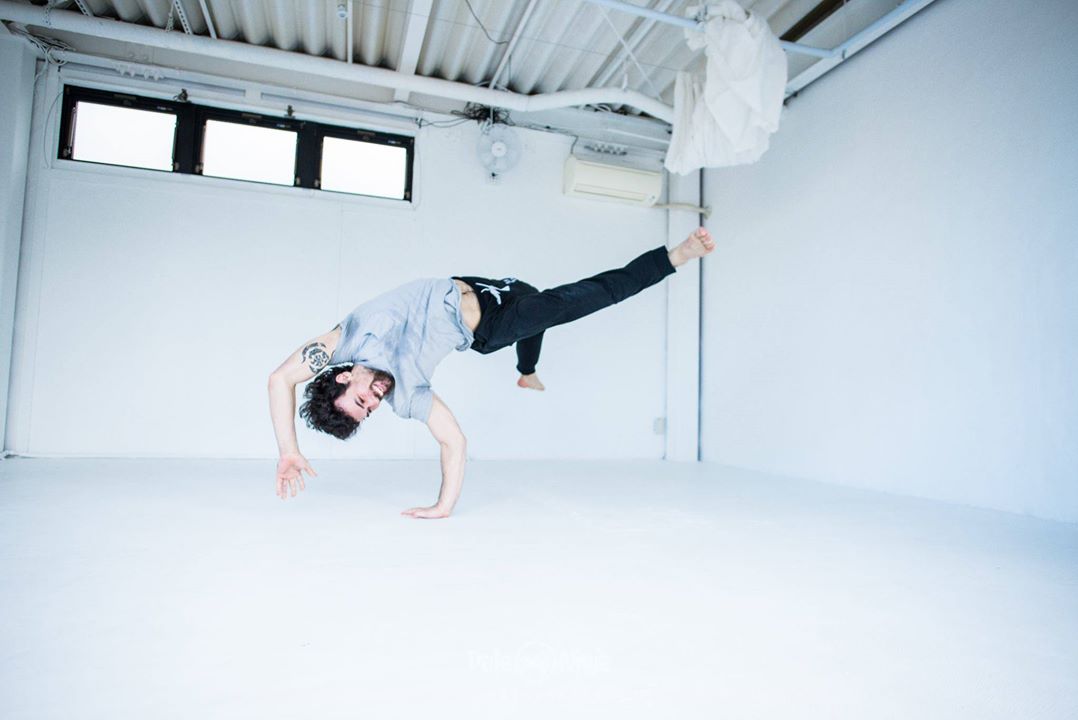 “The right art is purposeless, aimless. The more obstinately you try to learn how to shoot the arrow for the sake of hitting the goal, the less you will succeed in the one and the further the other will recede. What stands in your way is that you have a much too willful will. You think that what you do not do yourself does not happen.” Eugen Herrigel

each day of workshop is articuleted in three parts:

Part 1: Warm up
Tom’s concept of warm up is based on the mover’s need to tune into a clear and subtle quality before their practice and execution. The routine Tom follows and teaches is inspired by concepts of Chaya (Shadow) Yoga and particularly the “Balakarma” series (stepping into strength), and other forms of soft martial arts. The warm up routine emphasizes the opening of the darkest parts of our bodies our legs, which are also the most distant from our eyes.
Demanding postures alongside gentle flow with circular motions and spirals will be introduced in order to provide better awareness of the lower parts. The second principle Tom wishes to unfold is preparations (or introduction) to low movement while maintaining
the gentle functions of the wrists and neck as tools for balance, sensing the space and organically digesting physical information
internaland external.

Part 2: Floorwork
Tom’s technique of floor work serves as a “risk management” mechanism which ultimately, leads to freedom in a much larger scale than usually experienced by performers of a single discipline. Tom introduces dynamics of falling, rolling, collapsing, flipping and melting down in order to reduce and eventually eliminate the type of actions we usually refer to as “failure”
in dance, athletics and martial arts. The practice is composed both of simple, almost “daily” actions, alongside “complicated”
acrobatic risks without distinguishing between them or judging what’s important and unimportant. This approach allows a blend of influences from the Animal Kingdom, Capoeira, Gymnastics, Tae Kwon Do, Parkour, Brazillian Jiujitsu and Bboying to fall
effortlessly into an empty category of functional motions.

Part 3: Archery
The “Archery” practice is Tom’s sincere attempt to create a practice of movement which lies in the space between fight and gestures free expression. The practice can be executed with
two movers and up, and involves the development of both circular and sharp reactions which leads to high levels of awareness and a fluent “tactical” mind. The movers will go through different forms of “games” which can wear strict rules and objectives or just a
physical play of examining and interacting a play we are all familiar with but tend to lose during our mature life in modern society.
Upon practicing Archery one can feel either like he or she is involved in a very skillful combat or in a passionate dance full of risks and traps. It is important to note that the name
“Archery” ultimately holds nothing behind it as it constantly changes and flows into the shape the practitioners make up according to their needs and passions

Bio:
Tom has been practicing Martial Arts and different forms of acrobatic disciplines from a young age. Tom graduated in 2009 from “The Workshop For Dancers and Choreographers in Haifa”. Since 2010, Tom has been dancing with “Inbal Pinto and Avshallom Pollak Dance Company” and performed with the comapny’s productions in many theatres and festivals around the world. Tom is currently performing around the world the performance “Collective Loss Of Memory” choreographed by
“Rootlessroot” (Jozef Fruček and Lind Kapetnea) and produced by
“Dot504”. In 2014 Tom Created the Duet “SARU’ which is currently touring around the world. Tom’s movement workshops have taken place in Dance Schools, Circus Schools, Dojos and Professional Companies in Tel Aviv, Amsterdam,Athens,London, Copenhagen, Berlin, Bratislava, Milano,Antwerp,Boston, San Francisco, Guadelajara, Kyoto, Tokyo and more.