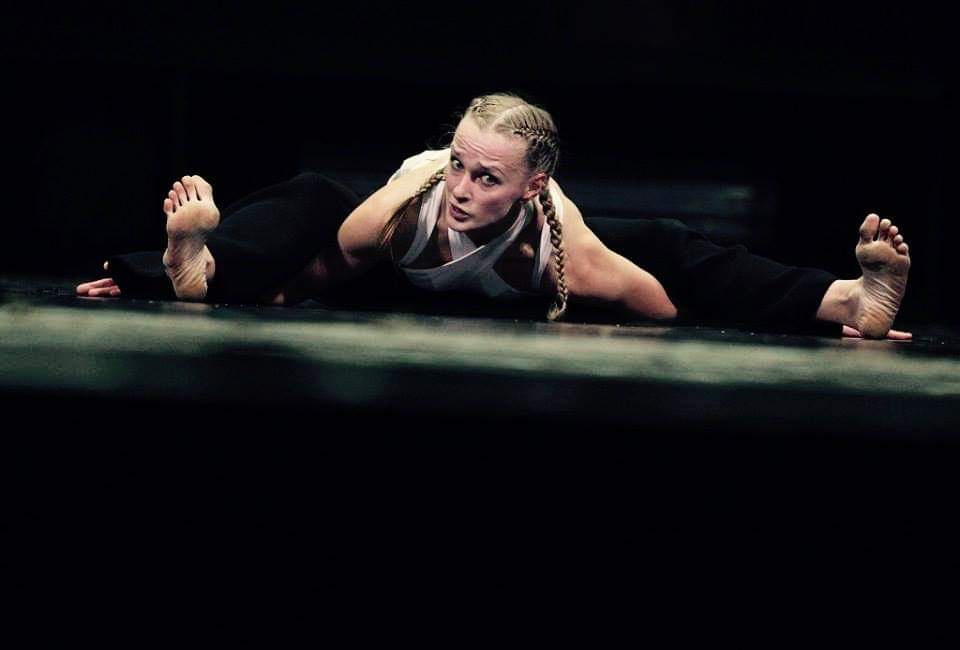 BIO
Maria Kolegova(1986,Russian Federation) Based in Belgium since 2012
Dancer,Teacher
Started her career in a ballet school in age 5. after was educated as a contemporary dancer in a
School of Contemporay Dance with support of Centre of Contemporary Art in
Yekaterinburg(Russia). While studing had experience to discover different techniques of dance.
also practicing different disciplines like folk dance,martial arts,yoga,jazz. Had a chance to perform
solo made by L.Aleksandrova in Seoul(South Korea) on competition of contemporary dancers and
got a 1st prize for it. After graduation in Theatrical Academy went to work to Russian Ballet
”Moscow”(Russia) for 6 years. In Moscow she got involved as a dancer with a recognized
choreographers such as Martin Forsberg,Andrea Boll,Regis Obadia,Paul Selwyn Norton,Nikita
Dmitrievsky and etc. While also teaching in a school of contemporary dance and making her own
pieces.
Artistically she is working widely with choreographer,film maker,photographer Wim Vandekeybus
and is a member of his company Ultima Vez since 2012. During this years was involved to a
revival ”What the body does not remember” of 2013 and had experience with replacing in dance
piece ”NewZwart” and ‘Spiritual Unity”-live concert. Later participated as a dancer in a creation
”Speak low if you speak love” of 2015. Was involved as a dancer to creation of 2017
”Mockumentary of Contemporary Seviour”. from 2018 on dances in a new piece of Wim
Vandekeybus/Ultima Vez ”Go figure out yourself”.For this moment involved to a new creation with
Wim Vandekeybus/Ultima Vez ”TrapTown”(world premiere in october’18). As well as an extensive
amount of pedagogical activities through movement: workshops,company classes,assisting and
training program across Europe and Russia.